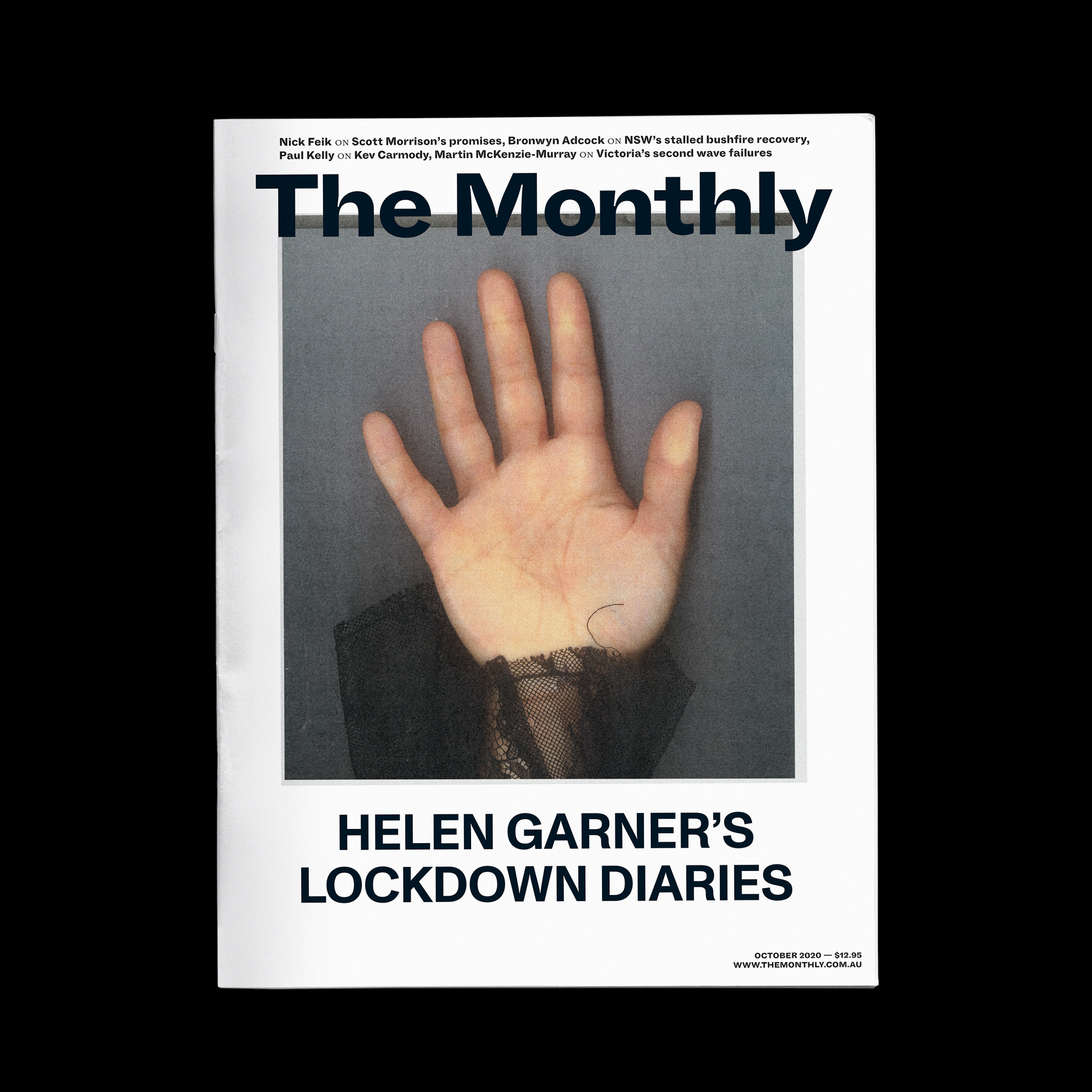 Elsewhere, Martin McKenzie-Murray writes a forensic account of the systemic failures that led to the Victorian outbreak of COVID-19. Nick Feik writes about the vast gulf between what the Morrison government has announced over the past six months and what it has delivered. And Bronwyn Adcock reconstructs the dramatic firestorm that tore apart a small New South Wales hamlet, and finds the town still struggling to rebuild and trying to understand how to avoid a repeat even as the new fire season begins.