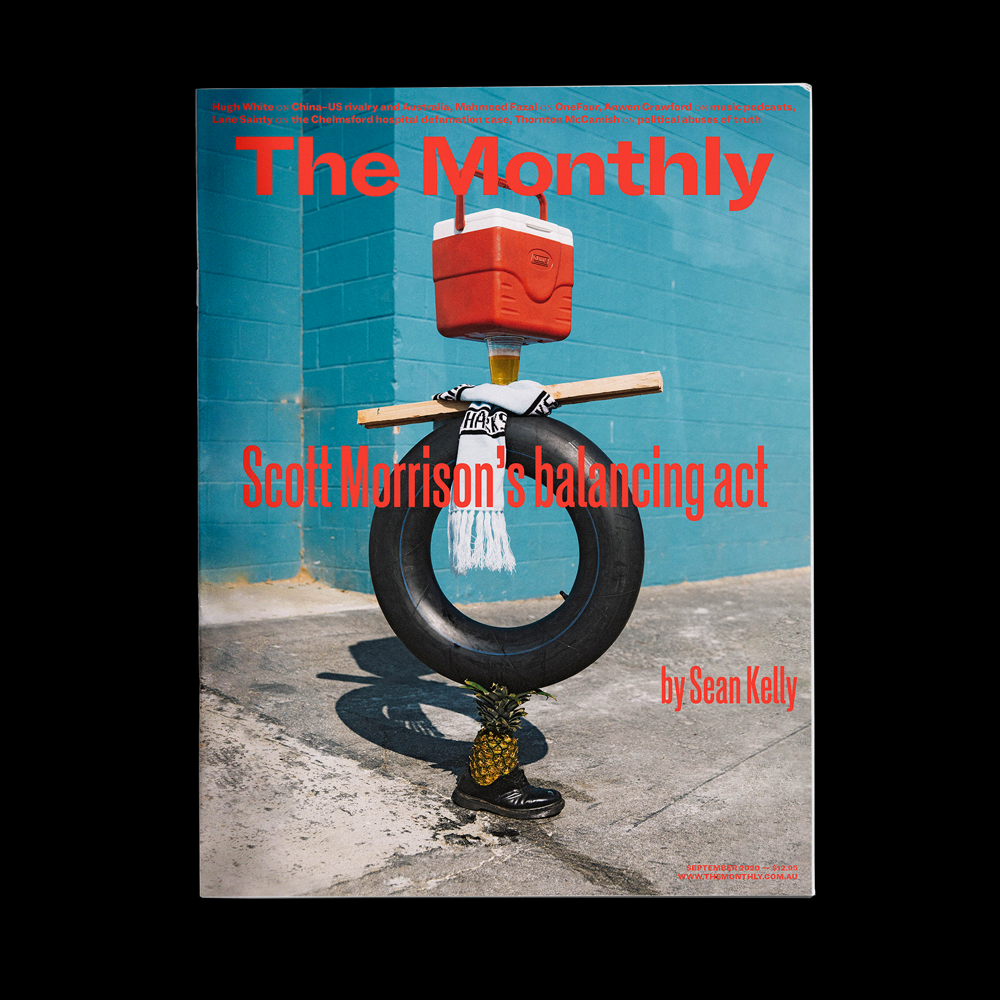 September is the month of the “fiscal cliff”, when many of the COVID-related financial and welfare support programs are either cut or run out. Sean Kelly looks at the challenges facing the Morrison government and how it will respond, as well as where the nation’s economy is headed. International affairs authority Hugh White writes about Australia’s other great challenge: the rise of China and the danger posed by our alliance with its great rival, the United States.

Lane Sainty writes about the extraordinary case of the Chelmsford Hospital deaths, and two doctors' last-ditch attempt to clear their names over the patients who died while undergoing experimental psychiatric therapy.

Also in the September issue: Thornton McCamish writes about truth, rhetoric and lies in politics; Anwen Crawford writes about music podcasts; Mahmood Fazal writes about controversial rap/drill act Onefour; and we cover the latest in books, film and much more.