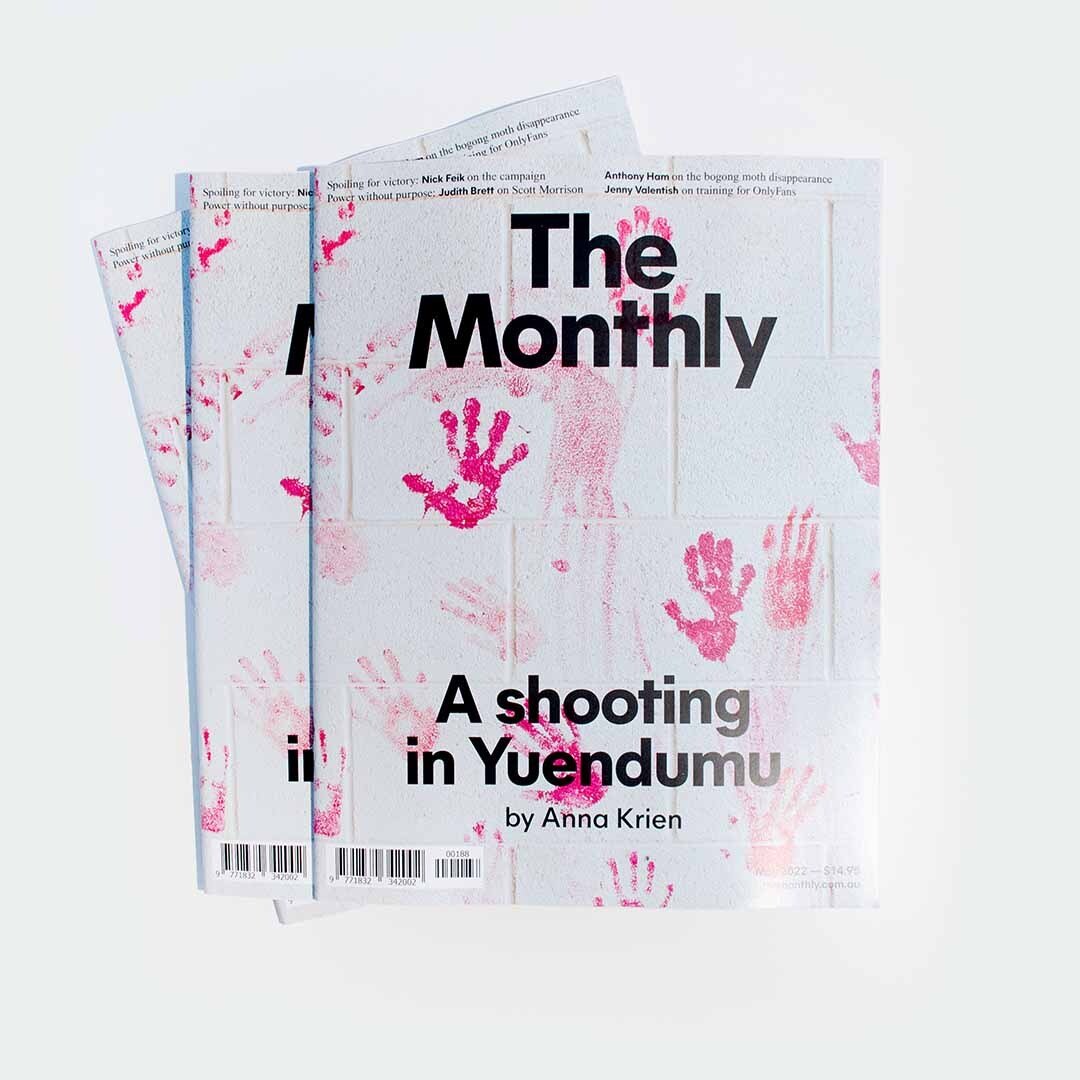 It was billed as the trial of the century: Northern Territory police officer Zachary Rolfe was charged over the killing of young Indigenous man Kumanjayi Walker. Despite more than 500 Indigenous deaths in custody since 1991, no police officer has ever been found guilty of causing one of these deaths. Anna Krien was at Rolfe’s trial, and her report for the May issue of The Monthly includes stunning new revelations about events leading up to the tragic killing.

The month of May also brings the federal election, so Judith Brett and editor Nick Feik survey the record of the Morrison government and consider the chances of its return. Jock Serong tells the incredible story of an Australian couple trapped in Ukraine with their baby, and we feature the latest in arts, film and TV, and much more. The May issue will also feature a bold redesign of the magazine – stay tuned.