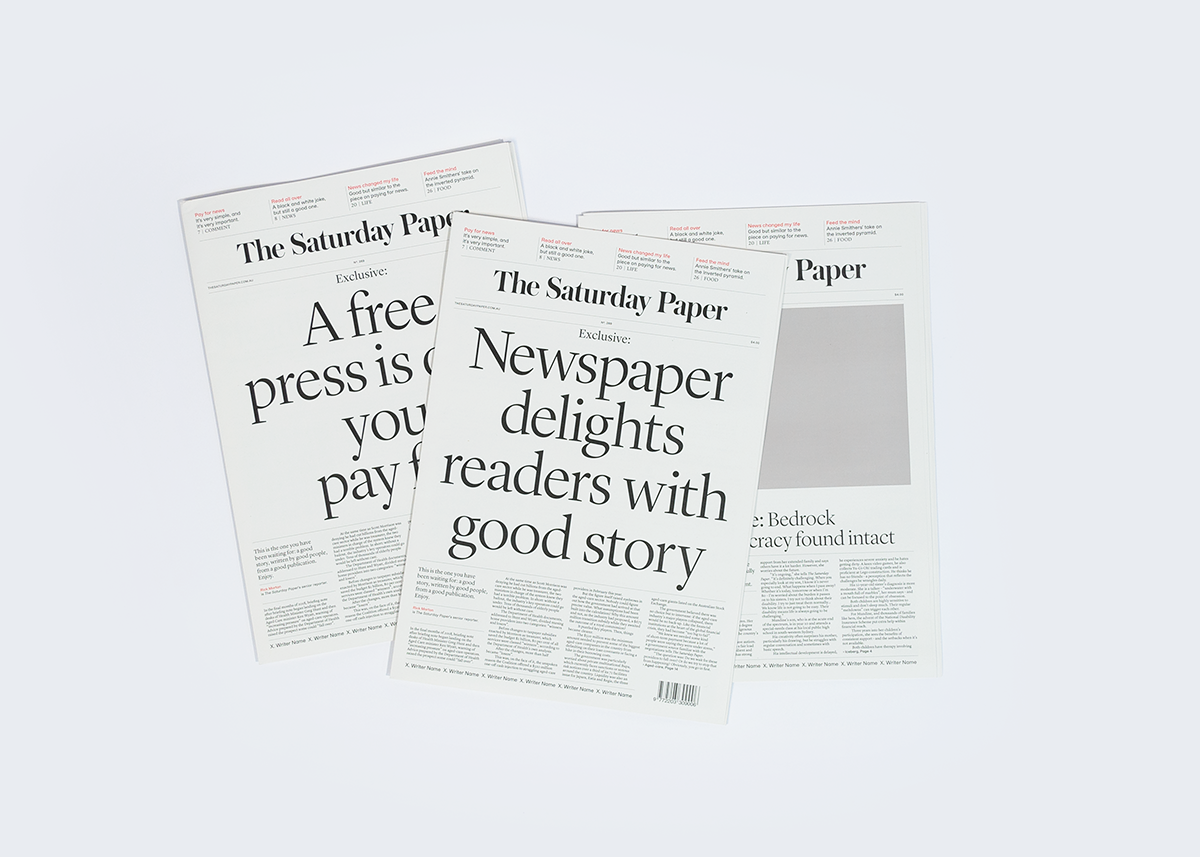 The Saturday Paper is a quality weekly newspaper, dedicated to narrative long-form journalism. Launched in 2014, it offers the biggest names and best writing in news, culture and analysis, with a particular focus on Australia.

In its first edition, The Saturday Paper promised to drag news out of the narrows into which it had been forced, to make a virtue of knowledge that was broad and deep. It promised to take on the task of explaining Australia.

The Saturday Paper is journalism for people who care, written by people who care. Since its launch, it has carried issue-defining work from Karen Middleton, Rick Morton, Martin McKenzie-Murray and Mike Seccombe. It publishes writers such as Richard Flanagan, Chloe Hooper, Behrouz Boochani, David Marr, Christos Tsiolkas, Kate Holden and Maxine Beneba Clarke.

Publisher Morry Schwartz says this is what defines the paper. “Schwartz Media is a writer-based company,” he says. “Our ethic is our writers. Every culture has its own writers, who reflect that culture … A great writer is able to somehow feel the country. A country has to be told what it is. That’s the project.”

The Saturday Paper’s commitment is to journalism that makes a difference, journalism that is completely independent, that cares about Australia. It is trusted and sensitive, issue defining and courageous.

Post is a sharp take on the day’s news. Delivered free to your inbox each weekday morning, it is the first and only thing you need to read before breakfast. 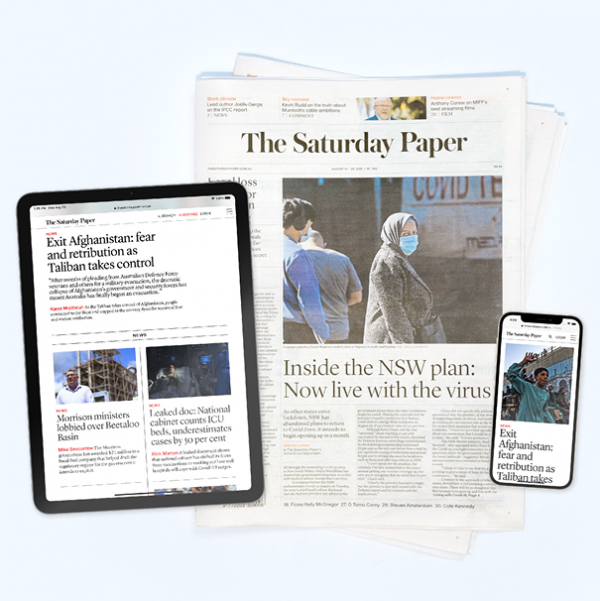 The Saturday Paper makes serious news for serious people. For many of its readers, it is the only commercial media they consume.

It is a crucial newspaper for brands that aim to influence consumer choice and gain exposure in the strongly performing premium segment of the media market.